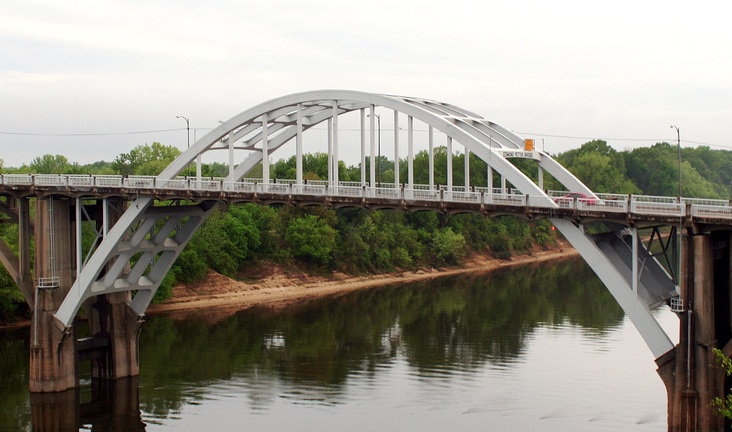 One of the last cities to attract the attention of protesters, Selma flashed on the nation’s screens and conscience during the 1965 march to Montgomery. The searing images of protestors beaten as they crossed the Edmund Pettus bridge are some of the most notorious scenes of the era, and make the city a must-stop for any Civil Rights traveler.

The 54-mile march, organized to support voter registration, took two weeks to leave Selma due to the violence. Two days after the first attack on March 7, 1965, remembered as Bloody Sunday, King led a symbolic second attempt, stopping at the bridge to kneel in prayer. Finally on March 21, protected by national guard and federal troopers, King led the five-day march on to Montgomery. The march is reenacted every year during the first full weekend of March.